We present Temporal and Object Quantification Networks (TOQ-Nets), a new class of neuro-symbolic networks with a structural bias that enables them to learn to recognize complex relational-temporal events. This is done by including reasoning layers that implement finite-domain quantification over objects and time. The structure allows them to generalize directly to input instances with varying numbers of objects in temporal sequences of varying lengths. We evaluate TOQ-Nets on input domains that require recognizing event-types in terms of complex temporal relational patterns. We demonstrate that TOQ-Nets can generalize from small amounts of data to scenarios containing more objects than were present during training and to temporal warpings of input sequences.

We present deep neural network methodology to reconstruct the 3d pose and shape of people, given an input RGB image. We rely on a recently introduced, expressivefull body statistical 3d human model, GHUM, trained end-to-end, and learn to reconstruct its pose and shape state in a self-supervised regime. Central to our methodology, is a learning to learn and optimize approach, referred to as HUmanNeural Descent (HUND), which avoids both second-order differentiation when training the model parameters,and expensive state gradient descent in order to accurately minimize a semantic differentiable rendering loss at test time. Instead, we rely on novel recurrent stages to update the pose and shape parameters such that not only losses are minimized effectively, but the process is meta-regularized in order to ensure end-progress. HUND's symmetry between training and testing makes it the first 3d human sensing architecture to natively support different operating regimes including self-supervised ones. In diverse tests, we show that HUND achieves very competitive results in datasets like H3.6M and 3DPW, aswell as good quality 3d reconstructions for complex imagery collected in-the-wild.

We present a local anomaly detection method in videos. As opposed to most existing methods that are computationally expensive and are not very generalizable across different video scenes, we propose an adversarial framework that learns the temporal local appearance variations by predicting the appearance of a normally behaving object in the next frame of a scene by only relying on its current and past appearances. In the presence of an abnormally behaving object, the reconstruction error between the real and the predicted next appearance of that object indicates the likelihood of an anomaly. Our method is competitive with the existing state-of-the-art while being significantly faster for both training and inference and being better at generalizing to unseen video scenes.

Parameters in climate models are usually calibrated manually, exploiting only small subsets of the available data. This precludes both optimal calibration and quantification of uncertainties. Traditional Bayesian calibration methods that allow uncertainty quantification are too expensive for climate models; they are also not robust in the presence of internal climate variability. For example, Markov chain Monte Carlo (MCMC) methods typically require $O(10^5)$ model runs and are sensitive to internal variability noise, rendering them infeasible for climate models. Here we demonstrate an approach to model calibration and uncertainty quantification that requires only $O(10^2)$ model runs and can accommodate internal climate variability. The approach consists of three stages: (i) a calibration stage uses variants of ensemble Kalman inversion to calibrate a model by minimizing mismatches between model and data statistics; (ii) an emulation stage emulates the parameter-to-data map with Gaussian processes (GP), using the model runs in the calibration stage for training; (iii) a sampling stage approximates the Bayesian posterior distributions by sampling the GP emulator with MCMC. We demonstrate the feasibility and computational efficiency of this calibrate-emulate-sample (CES) approach in a perfect-model setting. Using an idealized general circulation model, we estimate parameters in a simple convection scheme from synthetic data generated with the model. The CES approach generates probability distributions of the parameters that are good approximations of the Bayesian posteriors, at a fraction of the computational cost usually required to obtain them. Sampling from this approximate posterior allows the generation of climate predictions with quantified parametric uncertainties.

Accurate and trustworthy epidemic forecasting is an important problem that has impact on public health planning and disease mitigation. Most existing epidemic forecasting models disregard uncertainty quantification, resulting in mis-calibrated predictions. Recent works in deep neural models for uncertainty-aware time-series forecasting also have several limitations; e.g. it is difficult to specify meaningful priors in Bayesian NNs, while methods like deep ensembling are computationally expensive in practice. In this paper, we fill this important gap. We model the forecasting task as a probabilistic generative process and propose a functional neural process model called EPIFNP, which directly models the probability density of the forecast value. EPIFNP leverages a dynamic stochastic correlation graph to model the correlations between sequences in a non-parametric way, and designs different stochastic latent variables to capture functional uncertainty from different perspectives. Our extensive experiments in a real-time flu forecasting setting show that EPIFNP significantly outperforms previous state-of-the-art models in both accuracy and calibration metrics, up to 2.5x in accuracy and 2.4x in calibration. Additionally, due to properties of its generative process,EPIFNP learns the relations between the current season and similar patterns of historical seasons,enabling interpretable forecasts. Beyond epidemic forecasting, the EPIFNP can be of independent interest for advancing principled uncertainty quantification in deep sequential models for predictive analytics

Graph neural networks (GNNs) are typically applied to static graphs that are assumed to be known upfront. This static input structure is often informed purely by insight of the machine learning practitioner, and might not be optimal for the actual task the GNN is solving. In absence of reliable domain expertise, one might resort to inferring the latent graph structure, which is often difficult due to the vast search space of possible graphs. Here we introduce Pointer Graph Networks (PGNs) which augment sets or graphs with additional inferred edges for improved model expressivity. PGNs allow each node to dynamically point to another node, followed by message passing over these pointers. The sparsity of this adaptable graph structure makes learning tractable while still being sufficiently expressive to simulate complex algorithms. Critically, the pointing mechanism is directly supervised to model long-term sequences of operations on classical data structures, incorporating useful structural inductive biases from theoretical computer science. Qualitatively, we demonstrate that PGNs can learn parallelisable variants of pointer-based data structures, namely disjoint set unions and link/cut trees. PGNs generalise out-of-distribution to 5x larger test inputs on dynamic graph connectivity tasks, outperforming unrestricted GNNs and Deep Sets.

State-of-the-art named entity recognition (NER) systems have been improving continuously using neural architectures over the past several years. However, many tasks including NER require large sets of annotated data to achieve such performance. In particular, we focus on NER from clinical notes, which is one of the most fundamental and critical problems for medical text analysis. Our work centers on effectively adapting these neural architectures towards low-resource settings using parameter transfer methods. We complement a standard hierarchical NER model with a general transfer learning framework consisting of parameter sharing between the source and target tasks, and showcase scores significantly above the baseline architecture. These sharing schemes require an exponential search over tied parameter sets to generate an optimal configuration. To mitigate the problem of exhaustively searching for model optimization, we propose the Dynamic Transfer Networks (DTN), a gated architecture which learns the appropriate parameter sharing scheme between source and target datasets. DTN achieves the improvements of the optimized transfer learning framework with just a single training setting, effectively removing the need for exponential search.

Although it is well believed for years that modeling relations between objects would help object recognition, there has not been evidence that the idea is working in the deep learning era. All state-of-the-art object detection systems still rely on recognizing object instances individually, without exploiting their relations during learning. This work proposes an object relation module. It processes a set of objects simultaneously through interaction between their appearance feature and geometry, thus allowing modeling of their relations. It is lightweight and in-place. It does not require additional supervision and is easy to embed in existing networks. It is shown effective on improving object recognition and duplicate removal steps in the modern object detection pipeline. It verifies the efficacy of modeling object relations in CNN based detection. It gives rise to the first fully end-to-end object detector.

We present a challenging and realistic novel dataset for evaluating 6-DOF object tracking algorithms. Existing datasets show serious limitations---notably, unrealistic synthetic data, or real data with large fiducial markers---preventing the community from obtaining an accurate picture of the state-of-the-art. Our key contribution is a novel pipeline for acquiring accurate ground truth poses of real objects w.r.t a Kinect V2 sensor by using a commercial motion capture system. A total of 100 calibrated sequences of real objects are acquired in three different scenarios to evaluate the performance of trackers in various scenarios: stability, robustness to occlusion and accuracy during challenging interactions between a person and the object. We conduct an extensive study of a deep 6-DOF tracking architecture and determine a set of optimal parameters. We enhance the architecture and the training methodology to train a 6-DOF tracker that can robustly generalize to objects never seen during training, and demonstrate favorable performance compared to previous approaches trained specifically on the objects to track.

Template-matching methods for visual tracking have gained popularity recently due to their comparable performance and fast speed. However, they lack effective ways to adapt to changes in the target object's appearance, making their tracking accuracy still far from state-of-the-art. In this paper, we propose a dynamic memory network to adapt the template to the target's appearance variations during tracking. An LSTM is used as a memory controller, where the input is the search feature map and the outputs are the control signals for the reading and writing process of the memory block. As the location of the target is at first unknown in the search feature map, an attention mechanism is applied to concentrate the LSTM input on the potential target. To prevent aggressive model adaptivity, we apply gated residual template learning to control the amount of retrieved memory that is used to combine with the initial template. Unlike tracking-by-detection methods where the object's information is maintained by the weight parameters of neural networks, which requires expensive online fine-tuning to be adaptable, our tracker runs completely feed-forward and adapts to the target's appearance changes by updating the external memory. Moreover, the capacity of our model is not determined by the network size as with other trackers -- the capacity can be easily enlarged as the memory requirements of a task increase, which is favorable for memorizing long-term object information. Extensive experiments on OTB and VOT demonstrates that our tracker MemTrack performs favorably against state-of-the-art tracking methods while retaining real-time speed of 50 fps. 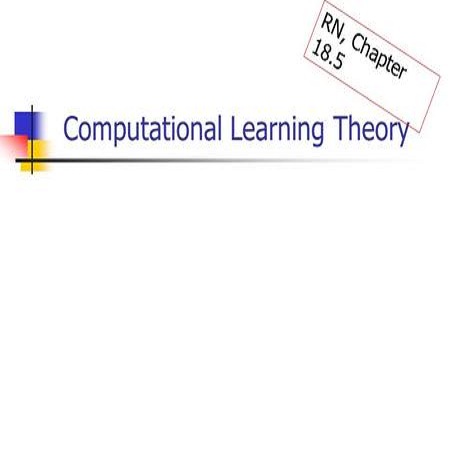 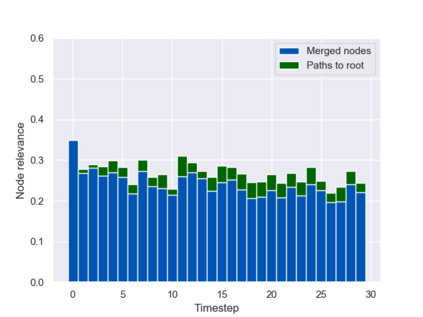 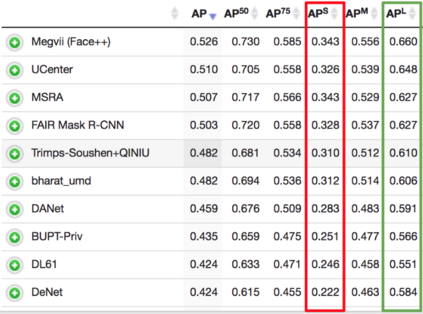 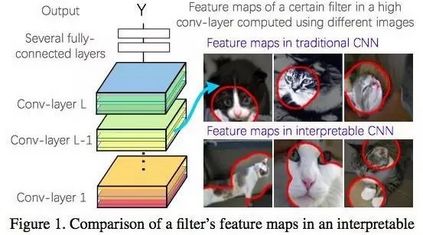