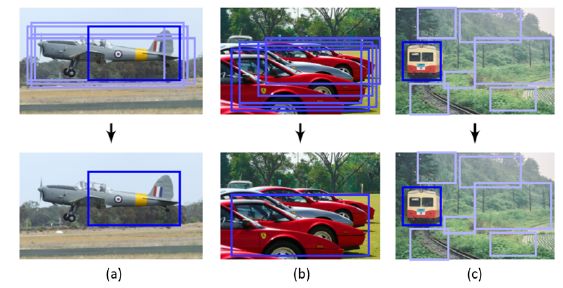 目标检测 · Yolo · FAST · 深度学习 · 设计 ·
6 月 10 日
We Can Always Catch You: Detecting Adversarial Patched Objects WITH or WITHOUT Signature

Recently, the object detection based on deep learning has proven to be vulnerable to adversarial patch attacks. The attackers holding a specially crafted patch can hide themselves from the state-of-the-art person detectors, e.g., YOLO, even in the physical world. This kind of attack can bring serious security threats, such as escaping from surveillance cameras. In this paper, we deeply explore the detection problems about the adversarial patch attacks to the object detection. First, we identify a leverageable signature of existing adversarial patches from the point of the visualization explanation. A fast signature-based defense method is proposed and demonstrated to be effective. Second, we design an improved patch generation algorithm to reveal the risk that the signature-based way may be bypassed by the techniques emerging in the future. The newly generated adversarial patches can successfully evade the proposed signature-based defense. Finally, we present a novel signature-independent detection method based on the internal content semantics consistency rather than any attack-specific prior knowledge. The fundamental intuition is that the adversarial object can appear locally but disappear globally in an input image. The experiments demonstrate that the signature-independent method can effectively detect the existing and improved attacks. It has also proven to be a general method by detecting unforeseen and even other types of attacks without any attack-specific prior knowledge. The two proposed detection methods can be adopted in different scenarios, and we believe that combining them can offer a comprehensive protection.