Ride Hailing Services (RHS) have become a popular means of transportation, and with its popularity comes the concerns of privacy of riders and drivers. ORide is a privacy-preserving RHS proposed at the USENIX Security Symposium 2017 and uses Somewhat Homomorphic Encryption (SHE). In their protocol, a rider and all drivers in a zone send their encrypted coordinates to the RHS Service Provider (SP) who computes the squared Euclidean distances between them and forwards them to the rider. The rider decrypts these and selects the optimal driver with least Euclidean distance. In this work, we demonstrate a location-harvesting attack where an honest-but-curious rider, making only a single ride request, can determine the exact coordinates of about half the number of responding drivers even when only the distance between the rider and drivers are given. The significance of our attack lies in inferring locations of other drivers in the zone, which are not (supposed to be) revealed to the rider as per the protocol. We validate our attack by running experiments on zones of varying sizes in arbitrarily selected big cities. Our attack is based on enumerating lattice points on a circle of sufficiently small radius and eliminating solutions based on conditions imposed by the application scenario. Finally, we propose a modification to ORide aimed at thwarting our attack and show that this modification provides sufficient driver anonymity while preserving ride matching accuracy. 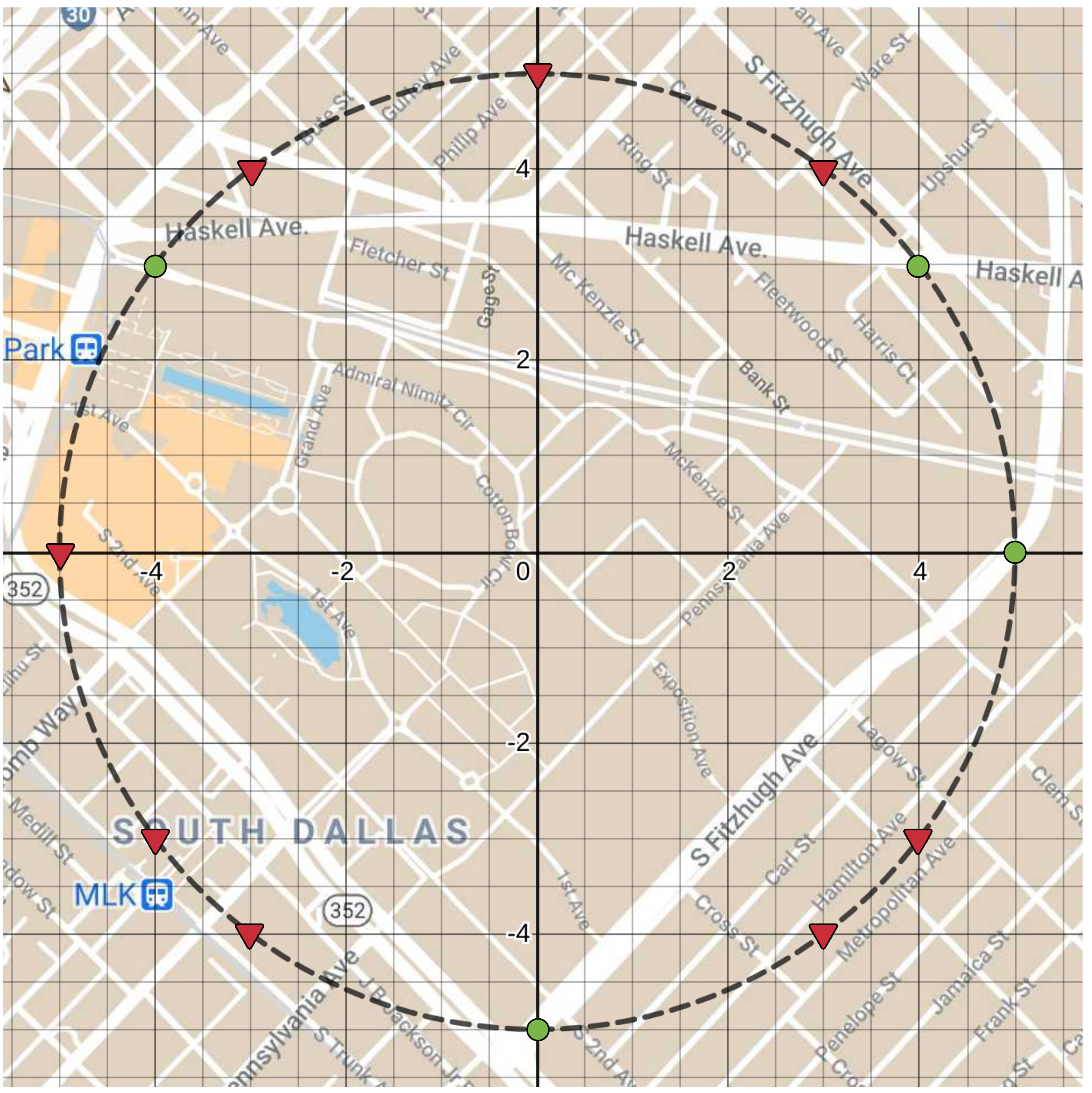